Apr.27, 2021Keywords: Congratulations on the successful convening of the 8th Council Meeting of People's Association for Friendship with Foreign Countries

From April 22 to 23, the Eighth Council Meeting of Henan People's Association for Friendship with Foreign Countries (hereinafter referred to as "HPAFFC") was grandly held in Zhengzhou People's Hall. He Jinping, Vice Governor of Henan Provincial People's Government and Li Xikui, Vice Chairman of the HPAFFC, attended the meeting and addressed important speeches.

At the beginning of the meeting, Mr. He Jinping and Mr. Li Xikui addressed important speeches respectively.


He Jinping expressed his affirmation for the achievements made by the HPAFFC at the present stage. He proposed that the HPAFFC should implement thoroughly the important instructions and requirements of General Secretary Xi Jinping on the HPAFFC work: focus on the center, serve the overall situation, and build a large pattern of non-governmental diplomacy; Efforts should be made to highlight the characteristics of Henan in non-governmental diplomacy; Expand vision, broaden channels, contribute for Henan construction and economic development.

Li Xikui affirmed the fruitful work carried out by HPAFFC in recent years, as well as the achievements of Henan's economic development and international influence promotion. And chairman Li make the guidance and the request to the future work. Then, the congress deliberated the work report of the Seventh Council and elected the President and Vice President of the Eighth Council. At the same time, the congress also deliberated and adopted the newly revised Constitution of Henan People's Association for Friendship with Foreign Countries.

At the same time, Henan SRON Silo Engineering Co., Ltd. was elected as the member of the 8th Council of Henan People's Association for Friendship with Foreign Countries. At the meeting, Mr. Wen Peng, General Manager of SRON, said: SRON has always attached great importance to the international market. What we are doing now is to bring China's excellent engineering technology, equipment and engineering management experience in the field of bulk material storage and transportation abroad, and to provide support for the development of basic industries in the Belt and Road countries. At present, our company is the supplier of France Lafarge, Singapore Yihai Kerry, South Korea Posco Group and Indonesia Cement. Last year, Ambassador Mbelwa Kairuki of Tanzania came to China and paid a visit to my company, at the same time we had a one-to-one exchange with the ambassador of Rwanda and Philippines to China. 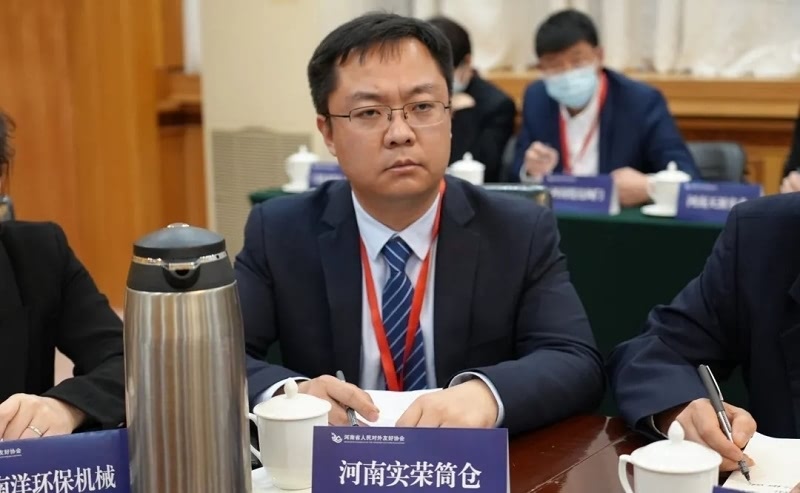 In recent years, SRON Company actively responds to the national "the Belt and Road countries" calls and policies, actively participates in the bidding of international large-scale projects, and competes with many outstanding international enterprises on the international stage on behalf of the country, and has established project cooperation relations with dozens of countries successfully. At the same time, we actively invite foreign leaders, experts and customers to visit our company, and promote the cooperation and communication between our company and overseas professional institutions and enterprises in various aspects. Since the COVID-19 epidemic, our company has sent anti-epidemic materials to overseas customers for many times, to assist partners in various countries to tide over the difficulties. We actively participated in the charity work and activities of the HPAFFC, and made positive and effective contributions to response to the national "the Belt and Road countries".


This time, SRON elected as a council member of HPAFFC, which represents the trust and affirmation from the HPAFFC to SRON’s work. At the same time, it is also a kind of incentive and spur! It is also a kind of responsibility ! Thanks for the help and support from government leaders for a long time. Our company will continue to participate in the civil diplomacy work actively and deeply, take the responsibilities and obligations as a governing unit, and make a contribution to the Henan's foreign friendship!