The 2020 Henan-Tanzania Economic and Trade Cooperation Forum (online), jointly organized by the Henan Provincial Council for the Promotion of International Trade and the Tanzanian Embassy in China, was successfully held on the afternoon of November 27th (Beijing time). Ambassador Mbelwa Keruki from the Tanzanian Embassy in China, Ambassador Wang Ke from the Chinese Embassy in Tanzania, and Chairman Liang Jieyi of the Henan Provincial Council for the Promotion of International Trade attended the forum and delivered speeches. The forum was chaired by Lei Baoping, Minister of International Liaison Department of Henan CCPIT. More than 150 representatives from Henan Province and Tanzania's industrial and commercial circles participated in the forum activities.
In his speech, Tanzanian Ambassador to China Kailuki stated that Tanzania is an ideal investment place for Henan and Chinese companies. Tanzania is politically stable and has a safe environment. The economy has grown steadily in the past decade. Tanzania has opened its doors to Chinese investors. It is hoped that China and Tanzania will continue to deepen mutually beneficial and win-win economic and trade cooperation.

Mr. Kailuki, Tanzanian Ambassador to China delivers a speech
Ambassador Wang Ke pointed out in his speech that China and Tanzania are traditional friendly partners and the two countries attach great importance to economic and trade cooperation. Ambassador Wang Ke said that Tanzania’s key development areas and industrialization development goals have many points of convergence with Henan’s industrial structure. He hopes Henan enterprises can give full play to their industrial advantages and tap the potential for cooperation between China and Tanzania. The Chinese Embassy in Tanzania will, as always, provide services within its capacity to companies investing in Tanzania and assist them in their steady development. 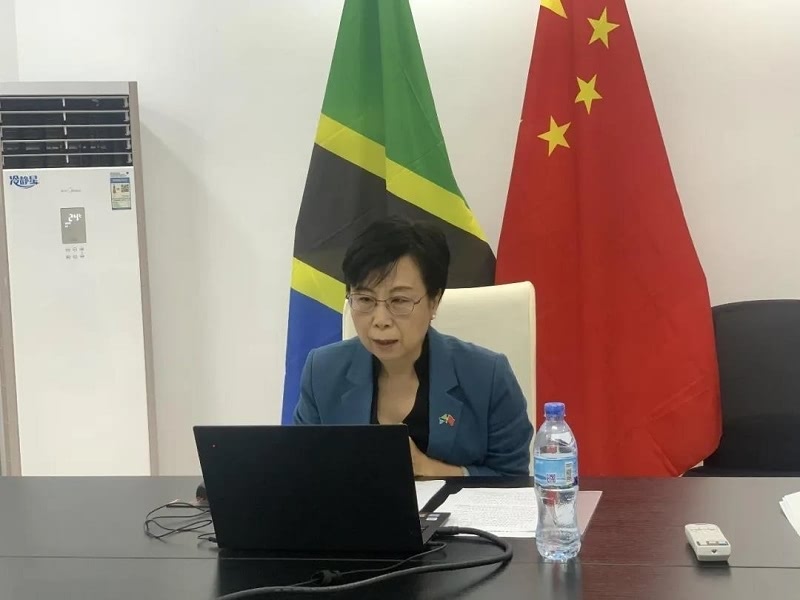 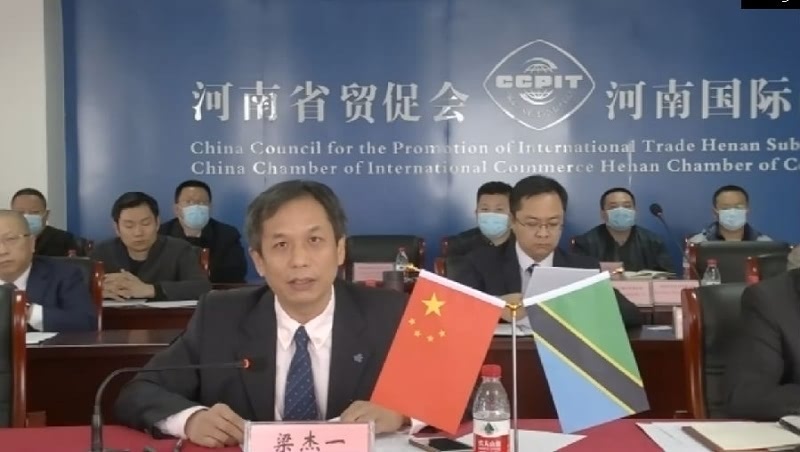 Speech by Mr. Liang Jieyi, Chairman of Henan Council for the Promotion of International Trade 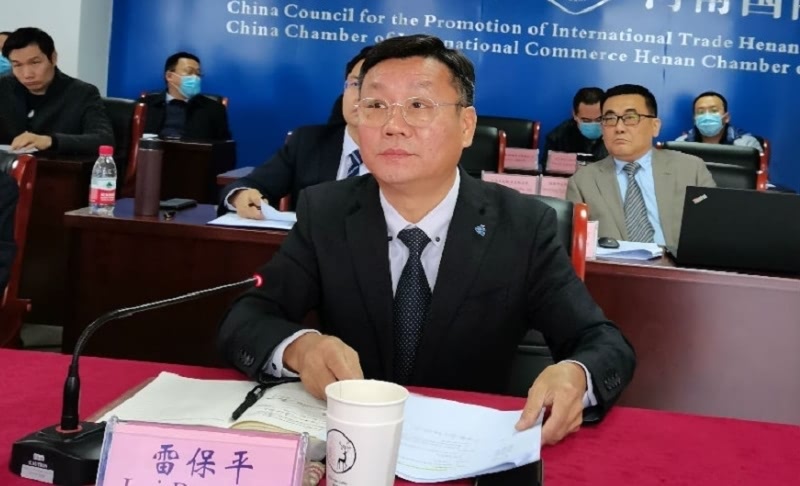 Minister Lei Baoping of the International Liaison Department of Henan CCPIT hosted the meeting
Wen Peng, general manager of Henan Shirong Silo Engineering Co., Ltd., vice-chairman unit of China Chamber of International Commerce Henan Chamber of Commerce, attended this meeting as a specially invited enterprise representative. At the meeting, Wen Peng analyzed the complementary development opportunities of Shirong’s main business and the Tanzanian grain storage and transportation market, introduced the market strategy of Shirong silos and the actual situation of Tanzania’s agricultural production, and expressed that Shirong’s agricultural storage-related EPC engineering has strong strength, and has long-term research and technology accumulation in storage and transportation engineering and technology of wheat, corn, soybean, rice grain crops, cashew nuts, coffee, and other cash crops. Shirong is willing to provide the most professional and reliable project support for Tanzania’s food security. I believe that through the joint efforts of both parties, we hope to promote the implementation of related projects as soon as possible to benefit the Tanzanian people. 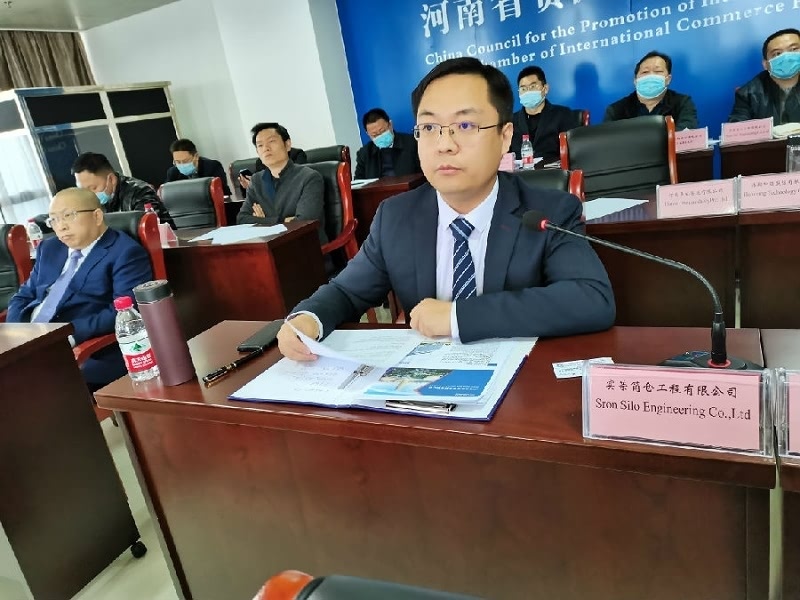 Wen Peng, general manager of Henan Shirong Silo Engineering Company, made product promotion
At 5 pm, the Henan-Tanzania Online Economic and Trade Cooperation Forum ended successfully. Thanks to the exchange opportunities provided by the Henan Provincial Council for the Promotion of International Trade. Through this meeting, we have a more in-depth understanding of the local market environment and needs in Tanzania, and further clarified the direction and path of cooperation between the two parties. I believe that in the near future, Shirong will cooperate with the people of Tanzania to Work together to promote mutually beneficial and win-win project cooperation.